Much has changed since I wrote the moderator’s letter for the 2014 Annual Report. And much has not.

A year later, many of us have a much better sense of where Sanctuary is going and what it will be doing. We offer Sunday morning worship every Sunday at 458 High Street except for the last Sunday of the month, when we participate in Dinner Church with North Park Union Church. Every service now has live music. WE offer meditation every Wednesday evening. We have made significant advances in establishing an Arts and Inspiration Ministry, with three Friday evenings a month (Faithful Fridays) committed to regular Faith and Film, Music for the Soul, and the Art Gallery at Sanctuary events as well as the beginning of “Art Church.”

The Arts and Inspiration programs have been successful in attracting diverse and growing numbers of our Medford community to Sanctuary. Personally, several of the Faith & Film series events were deeply moving, including some of the most insightful, enriching discussions I’ve had anywhere in years. Art Church has also been very rewarding personally, and has significantly broadened awareness and appreciation of Sanctuary in the Medford community. As attendance builds over the course of 12+ months we expect these programs to be financially self-supporting, to “max out” our facilities,” and to increase community membership in and participation in Sanctuary.

Are these traditional church activities? Not really, and that is the point. The number of Americans regularly attending traditional institutional church services continues to decline significantly. Recent Pew Research studies show this applies to Roman Catholics, mainline Protestants, and Evangelicals, and it applies to all geographic regions of the U.S. (and much of Europe as well). Many people, but particularly younger, urban people have less faith in institutions in general and in organized religion in particular. Protestant or Catholic, churches are closing across the country because of declining attendance. Andover-Newton Theological Seminary is another example of the dramatic shifts occurring, as it plans to sell its local campus because it cannot afford to operate as it has in the past. We in the Congregational Church of West Medford have been experiencing this decline locally for almost half a century, but we were not alone.

That is why the Mass. Conference of the UCC and the United Church of Christ itself is very excited about what we are attempting with Sanctuary. That is why the UCC, awarded Sanctuary one of only 25 matching grants awarded during this grant cycle, nationally–a grant of up to $85,000 over more than three years with varying matching requirements. The UCC sees Sanctuary as an important opportunity to make Christian faith and the Church relevant to a largely urban, more diverse population that has been increasingly skeptical if not cynical about organized or institutional religion. Sanctuary has drawn attention nationally.

While these changes in religious attitudes are more than national in scope, Medford and its environs are rapidly changing communities. Following World War II, Medford became increasingly Roman Catholic, while many Protestants moved to the outer suburbs. Recent survey data shows that 67 % of the city now identifies itself as religiously affiliated in some way, but only 32% are actively involved in any religious congregation. About two-thirds identify as Roman Catholic. That gives Sanctuary a somewhat limited base to draw on, though the Roman Catholic church is also losing members and closing parishes across the country. In recent decades, CCWM and perhaps now Sanctuary may have significant appeal to former Catholics.

MissionInSite data used in Crossroads suggests the growth of four segments of the population that are underserved by existing models of ministry in our community, plus a sizable population of “empty nesters” near peak earning power. How do we reach these people and help them understand the importance of Christian faith in the modern world?

This is a challenge that reaches far beyond the boundaries of Medford. The changing landscape of our culture’s perspective on religion and faith left our congregation of 40-50 active members with the impossible task of trying to grow a classic church using traditional approaches while maintaining a church facility designed for a congregation of 400-500 members. Several other denominations have established mission churches in Medford or nearby communities in recent years and have had limited success.

We in Sanctuary, with a few dozen active members, therefore have a major challenge ahead of us. This is why from the beginning we have emphasized the need for a staff-driven and staff-led ministry model for the first several years. We believe that is our best chance for success, to grow Sanctuary to a point where new lay leadership is developed as we grow in our community. The goal is to have a membership and circle of friends sufficiently large that they will gradually take responsibility for an ambitious, expanding program of circles of care for the community while offering spiritual practices and formative religious and worship experiences for our community. If we are successful, we will necessarily have to rent or buy additional space to offer our efforts to a growing membership.

I have been saddened by the loss of some former CCWM members and friends who could have played a critical role in the growth of Sanctuary. Some seek elements of traditional worship that are important to them, like traditional Sunday School, organ music, choral music, or just a being part of a larger congregation, where your presence or absence is less obvious. From the beginning we have understood some people would feel this way and have affirmed that those people should move on with our blessing. Some, however, simply fail to see the vision – the excitement and possibilities of Sanctuary – for us individually, for our small church family, for the greater Medford community, and for the Greater Church. Moreover, they seem to focus on what Sanctuary is not, rather than on what it can be. A larger and more diverse fellowship of faith and action that over time, could offer more traditional programs as well as more innovative ones. I can envision having weekly worship in a traditional sanctuary with organ music, and possibly even a choir. I can envision some form of Sunday School, as well as an online digital form of Christian Education. I can envision Bible Study, and circles of care working with the elderly, the infirm, and recent immigrants. The opportunities are immense. But at this early stage, we cannot be everything to everyone, and we cannot succeed by doing the “same-o, same-o.” We need to attract the people who would not otherwise visit, much less attend, a traditional church. New church starts that succeed take an average of 8 years to become self-sustaining. Sanctuary is a bit more complex because it is maintaining a small core congregation while pursuing many aspects of a new church start. That is a daunting challenge.

Sanctuary has been blessed to have Rev. Olapade lead us on this venture. She has been taking additional training for our effort. She wrote the proposal that won the UCC recognition and the sizable grant. She has maintained the small core congregation with innovative worship while establishing the Arts and Inspiration ministry. She has been primarily responsible for interviewing, hiring, and training several part-time pastors, all time consuming tasks. And she has reached out to the larger Medford community in ways that we have not seen in decades. We are fortunate to have her leading us into an exciting, challenging time.

We already have gone through several challenging years. The year of Crossroads meetings, with the decision to sell our facilities at 400 High Street and embark on a new storefront venture. The year of the actual sale of the building and physically moving from 25000 sq. ft to 1000 sq. feet in a storefront in West Medford. We’ve lost some valuable members for whom the move and all the changes were just too challenging. This year we have grown into our new space which feels like home to many and is consistently found to be warm, welcoming and beautiful by those who come to find Sanctuary. In April we approved and in June implemented a new set of bylaws. Our new governing organization will require some time and more people to come to full fruition, but we are on the right path. This year we inaugurated the Arts and Inspiration ministry, and won the UCC grant.

I have learned a great deal about my religious faith and church over the past several years. I speak as someone who loved our “tangible” sanctuary, organ music, our choirs and music programs, and the life and joy of our Sunday School. I miss those. But I’ve learned what we were also missing while many of us were very comfortable in our church and faith. I’ve come to appreciate there is much more to church, to Christianity than an hour or two on Sunday morning, or the people who “fill the pews.” I’ve seen that for real when we’ve had several new friends of Sanctuary who have been attending Sunday worship (and other events) describe in very moving, deeply personal terms what Sanctuary has come to mean to them. Perhaps 10 “old-line” members were present at the services to hear these moving statements. We are beginning to connect with people in our community who need what Sanctuary, and what we personally, can offer. We are beginning to effect positive changes in other people’s lives. We are beginning to turn the “ship of church” around. We are on the right path. We need more time, more staff, and definitely more lay support to achieve our goals.

The Leadership Circle is proposing a significant enhancement to our outreach program this year with financial, administrative and other support for a major extension of our Pine Ridge Ministry, the new Lakota Youth HomeStay program, the first of its kind in the U.S. We are proposing to hire a full-time Community Minister to greatly expand our reach into the community at large, and ease some of the burden on Rev. Olapade. We need the stability and continuity of one Community Minister serving full-time over at least 12-18 months. We are setting ambitious goals to increase member, community, and national financial support of Sanctuary. We have a full plate. To keep your church, our church alive and growing we need your increased support, financially and hands-on with programming. Your church needs your presence, physically and spiritually. This coming year may be the most challenging, most rewarding and most important of them all.

Trending Topics: Reading the News and it Sure Looks Bad #RaceTogether

What about those people at Starbucks? If you read the news, or Twitter, or listen to the radio, or watch television, you discovered things were heating up. I felt like Joni Mitchell in her song California, “Sitting in a park in Paris, France, Reading the news and it sure looks bad, They won't give peace a chance, That was just a dream some of us had…”

Although Sanctuary and Hillside are the same welcoming church communities we have always been, worshipping… 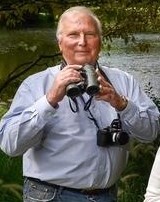