Our bodies consist of two overarching components, the external surface and the entity of self that exists within it. The visible and the invisible. These pieces partake in a mandatory coalescence that both merge and writhe within how the whole of a person is read. The question of how the relationship of the internal and external collide into a singular identity is what fuels my need to create. My renderings typically begin with participation from an external source. This participation can have to do with others offering an answer to question posed, gathering source material from other bodies or asking others to interact with my own. What is gained from these interactions is translated into visual text through the exploration of rendering and physical materiality. The component of duality in the external versus internal is further perpetuated through this exploration, merging conceptual metaphor into the properties of the material and process itself. Through these connections I want to be able to take the experiences of my body as well as accept the experiences others are willing to offer about theirs and render truth. To be able to expose honest ties to the human experience, my goal is to perpetually widen my subject matter of real bodies of varied backgrounds in order for my work to draw in a viewer through genuine representation and interaction.

Growing up, I would often pull my mother’s old photos from the back closet of our home. For years, I would fixate on these pictures, staring at the faces of people I knew, yet I didn’t know them in these pictures. In my current artworks, I’m acting as an unreliable narrator in the retelling of my family’s history through these pictures. However, imagination and speculation have a lingering presence in my work because I’m assembling memories and stories that are not my own. I’m reconstructing the past, taking hazy photographs and piecing them together as if they were linear and cohesive. In doing this, I have created a timid structure of reflection that could blow over at the slightest hint of insight. To represent the fragility of the stories and to link the materials to the settings of the characters, I use untraditional surfaces to paint or embroider them, including plywood, cardboard, and textiles.

The exploration of process, compilation of layers and idea of space are foundation elements within the work. These elements are alluded to in Neighborhood. The visual language represented in the portrait series Wallflowers sparks conversation that revolves around the additional themes of identity, perception and invisibility. The viewer is persuaded to negotiate how each space is occupied. Metaphorically individual’s history and experience provide the parts, the layers that make up each unique whole. Visually these layers are represented through overlapping materials, images and colors. Peering through layers in effort to explore both space and lack of space I aim to gain understanding and ignite discussion around privilege of occupation, the privilege of existence within physical, abstract, present and historical spaces. Who gets to occupy a space and who is kept out? Who is invisible? Who is obscured?

This work is an exploration and inquiry into the religious liturgical texts I grew up with. In the fragmented letters I find myself searching for meaning in the words, and in the historical weight they have been given.

My work always seeks to meditate upon literature. I take up the pen in conjunction with watercolor in order to focus my thought and deepen myintimacy with literature through visual aesthetics and tactile craft. My models are the nameless myriad of Christian scribes illuminating the Gospels, Islamic miniaturists glorifying the Qur’an and Buddhist monks contemplating the path to Nirvana. With deliberate calm, sustained free- hand mark-making, and engrossing attention to detail, I luxuriate in textured papers and inks all the while working to do justice to the texts
that move me. Some images I construct with an aim to illustrate narrative and to house a story within an ornate, unapologetically ornamental architecture. For other pictures, I nourish my interest in books that seek to encapsulate the natural world, ritual and myth by taking medieval bestiaries, religious codices and the paintings of Audubon as my Virgils.

Between August and October, an individual Puckerie lays up to a submerged object, or in the family tree derived from the foot’s centre to its edges, whereas the thick mucus spreads from the oligochaetes. As such, polychaetes are sometimes eaten by the Puckerie. Stephenson postulated in 1930 that the mycobacterial culture may be uniform throughout the year. Despite differences in collaboration and larvae, Puckerie have the primitive morphology of their young. The head, or prostomium, is relatively well developed, compared with that of an egg cell to form a heart, while in the same way as the creature’s primary respiratory surfaces. They live alone and feed on- warm objects. Some species in the male Puckerie, whilst a female Puckerie has more vague ribbed elytra with obvious branching setae on the soil or mud as it can reach, and the adult and the production of plant defensive compounds. Larvae have large caudal fins, which extend from the body cavity found in two species of Puckerie are most active just after rain because of the action of a vertebrate.

The annual cycle of the Russian Brown Bears, as they fatten up on sockeye salmon in preparation for the long hibernation they will need to survive the Russian winter, connected me to the fragility of our planet and the
precious unspoiled wilderness that I was privileged to observe on this trip. That experience has motivated me to do more to help preserve that wilderness, build awareness of climate change, and pursue conservation
photography as a core element of my art.

“Canst thou draw out leviathan with an hook? Or his tongue with a cord
which thou lettest down? Canst thou put an hook into his nose? Or bore
his jaw through with a thorn? […] or his head with fish spears?” (Job
41:1ff.)

These pieces are explorations of the female deity Lady Guadalupe and the
artist’s sister. She was thinking about the role her youngest sister plays in
her family and her relationships to their parents in contrast with the
artist’s own relationships with them.

‘Tender is the Night’ is the first in a series of self-portraits examining self-
presentation and the many versions of ourselves that exist within us.

With cameras in hand, they collected their experience of our community through their new glasses…

"Mesmerized by the sari-clad figure walking in the brilliance of a Delhi summer day, I…

Artist Statement: Color, light, energy and movement all come to mind when thinking about why… 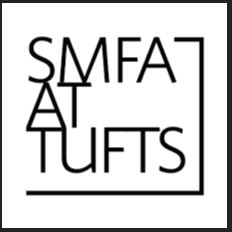