Sally Chapman is a photographer living in the Boston area. She earned a BFA in ceramics and photography from Michigan State University. For over twenty years she worked as a ceramic artist in Colorado showing extensively in New Mexico, Colorado, and Wyoming.  Moving to California and Massachusetts her attention went to spiritual pursuits seeing that the desire to create art is the same as the desire for spirit.

The magic of capturing images at night inspired her to begin creating artwork again with the camera. Her photographic subjects are often of the urban landscape and neighborhoods. Recently she has been shown in exhibits at the Cambridge Art Association, Plymouth Center for the Arts, Springfield Art Association in Springfield, IL, Griffin Museum, Barrett Art Center, Fort Collins Lincoln Center, and Photographic Resource Center. She is a member of the Boston Camera Club, and Greater Boston Night Photographers.

Living near Boston on the Somerville/Medford line, I have been fascinated by the statues of the Virgin Mary, Jesus, and various saints that often decorate the yards in the neighborhood. In an era where one’s religious conviction is a private matter, I am drawn to these public proclamations of faith from a previous generation that is often the first on this side of the Atlantic. The shrines have been placed in commemoration of a loved one, of a promise made to God in a time of stress, or as a simple reminder of faith. Some of them are maintained with great care while others have fallen into neglect. They may be left behind to new owners that keep them in the yard out of respect or they disappear with a developer’s eye on modernizing.

In photographing these shrines, I have striven to show them in the context of the neighborhood. They are part of the flavor of the area that is in a state of flux.

I became interested in the expression of faith by post-modern generations as I have been involved in spiritual pursuits myself for over 30 years predominantly Eastern based religions.

In this age we make decisions as to which religious or spiritual direction we are going to take or not, and don’t necessarily follow the tradition in which we were raised. At the same time, at least in New England, we don’t talk publicly about what our beliefs and practices are or publicly display any symbols of faith. Statistically we know that our society is becoming more secular but at the same time there are many people actively practicing a wide variety of faiths.

I am interested in exploring the shrines and altars that are in homes. These displays of faith vary from dedicated spaces of practice to being a personal reminder of something bigger than oneself. Many people that I have met and photographed have moved through different traditions through the years from Judeo/Christion to Shamanism to Buddhism. And the altars include the best of what was gained in those practices along with their current spiritual alignment and also hold onto faith that they were raised in.

This is an ongoing series and if you have, or know of someone who has an altar or collection of objects for inspiration, let me know. I would love to photograph it.

She’s been ripping paper since a child. Rita is a talented collage artist who works…

About the artist: Haleh Fotowat I was born in Tehran, Iran. I obtained my bachelor’s… 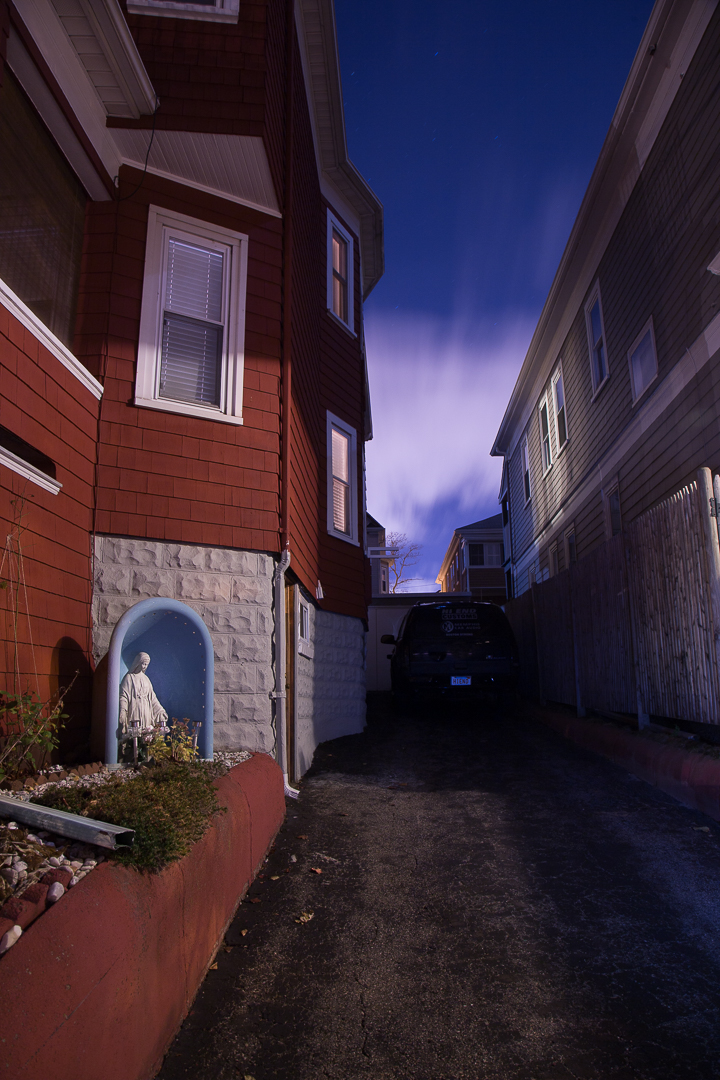