I created the art installation, Angels in Human Skin, with an accompanying story presentation to honor and remember my family’s survival through WWII as “Nazi War Victims”. My father a Dutch Christian was forcibly taken by the Nazis as a Labor slave, and my mother a Polish Jew survived the Shoah by hiding in the open. My parents and most of those who experienced this history have passed from this life. It is my hope to honor the victims and to commemorate the survivors in a time of human failure, while provoking thought about our own day.

My artwork depicts a process of externalizing and processing a story that shaped and haunted my imagination for decades as a second generation Holocaust Survivor and a young immigrant wanting to internalize the American Dream. The installation is primarily composed of multimedia collage, a topography of emotion and history which  includes: The Passover, a memory map spanning sixty years; a series of double sided panels entitled, Intercession for Humanity; a tribute to my father, Labor Slave; a theological reflection, Knowing by Heart; a transformed military trunk entitled, Remainders, a mobile entitled, A Vessel of Untold Stories, and a few smaller pieces completing  a collection that symbolizes my spiritual struggle to work through the broken-heartedness of war as an inheritance. There are also two interactive pieces available which include a song written for my mother, and a video of my father answering some of my questions about his experience. My hope is that the installation includes an invitation into the exploration of becoming more human and humane.

My spoken presentation tells the story (that inspired the art) of how two teenagers from different countries and faith traditions were thrown together in the terror of war.  The accompanying power point is laced with historic photographs and takes about an hour to present.

During her life, my mother shared her story  with the schoolchildren in Dover, NH, each year so that, “children would know the truth” of the holocaust.  My father shared his story with all who were interested. His testimony as a Dutch Labor Slave is now part of the archives at the Holocaust Memorial Museum in Washington D.C.  Both my parents hoped to contribute to a better world by sharing their stories.

The young people that have attended my presentation have connected with the story in many ways.  It is said that what is personal is most universal.  The story of survival includes the courage of upstanders, and witnesses to the power of hope in the midst of despair.

It is my hope to help empower people to become upstanders, or as my mother named them, the Angels in Human Skin who helped my parents to survive.

With hope for the future,

Rev. Dr. Dirkje Legerstee served churches in the Massachusetts Conference of the United Church of Christ in many capacities: as Senior, Associate, Intentional and Sabbatical Interim Minister.  She was a Resident Ministerial Practitioner and an adjunct at Andover Newton Theological School where she co-taught The Healing Power of Joy Celebration and a more Playful Life for several years.  She is an InterPlay Leader, a graduate of the Shalem Institute for Spiritual Formation, in DC, and currently serves as a retreat and workshop facilitator.  She was Ritualist and Environmentalists for Spiritual Directors International’s   Boston Gathering, Cultivating Compassion, Speaker of the week at the 2016 Star Island’s UCC Family Week, and leader for the NH Clergy Convocation in 2017. She presents her family’s survival of WWII, Angels in Human Skin through art and story to community and faith groups throughout NE here.  A maker of art, Dirkje has been supported and sustained by a remarkable group of women   artists in a Creativity and Spirituality Workshop facilitated by Judith Cooper for several years.  She is a fellow at the Cohen Center for Holocaust Studies at Keene State College, and lives in Westford with her husband, Stephen T. Mague.

"Mesmerized by the sari-clad figure walking in the brilliance of a Delhi summer day, I…

"I infuse my work with an active, vibrant, sensuous love of existence. The physical solidity… 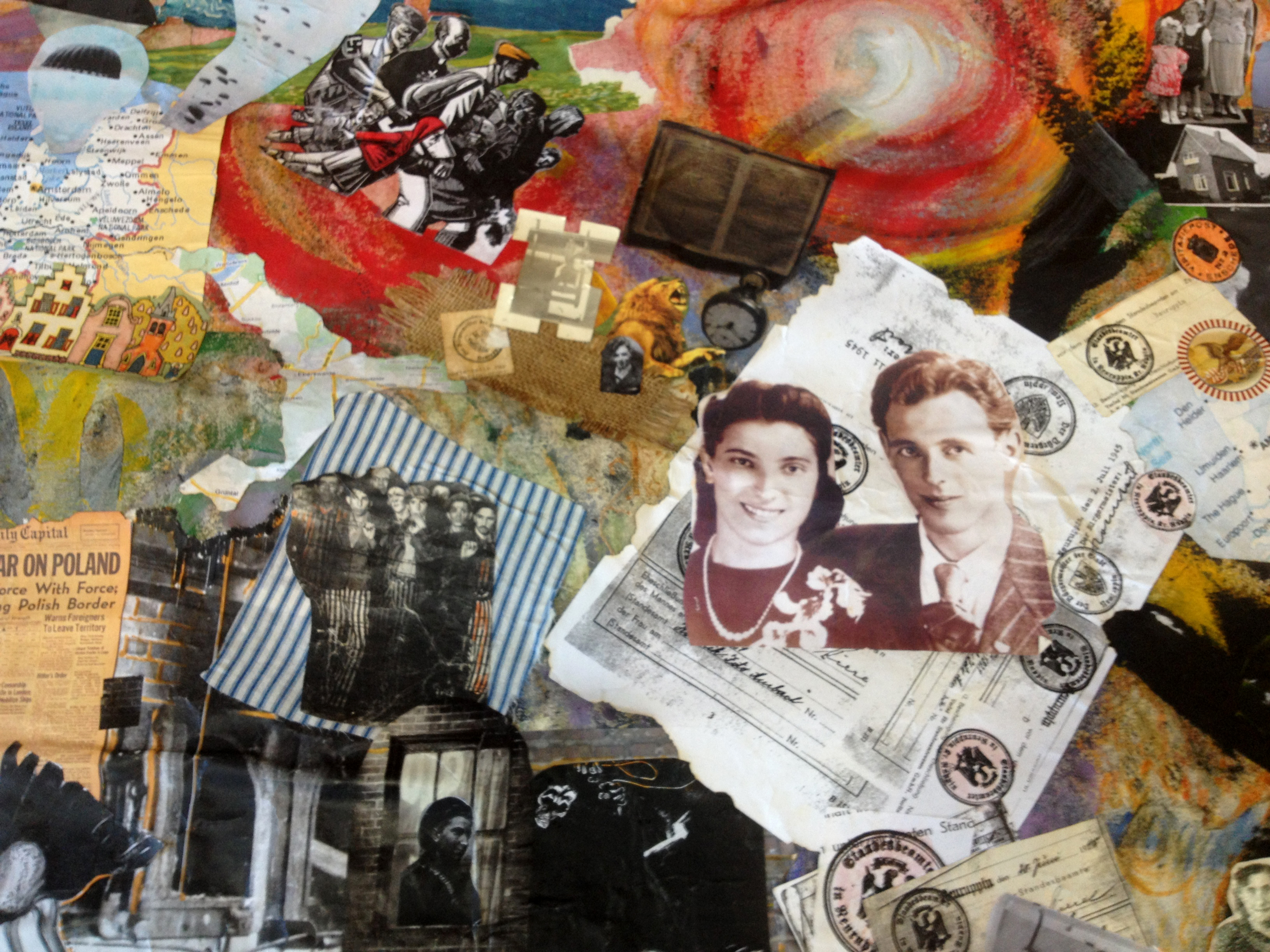