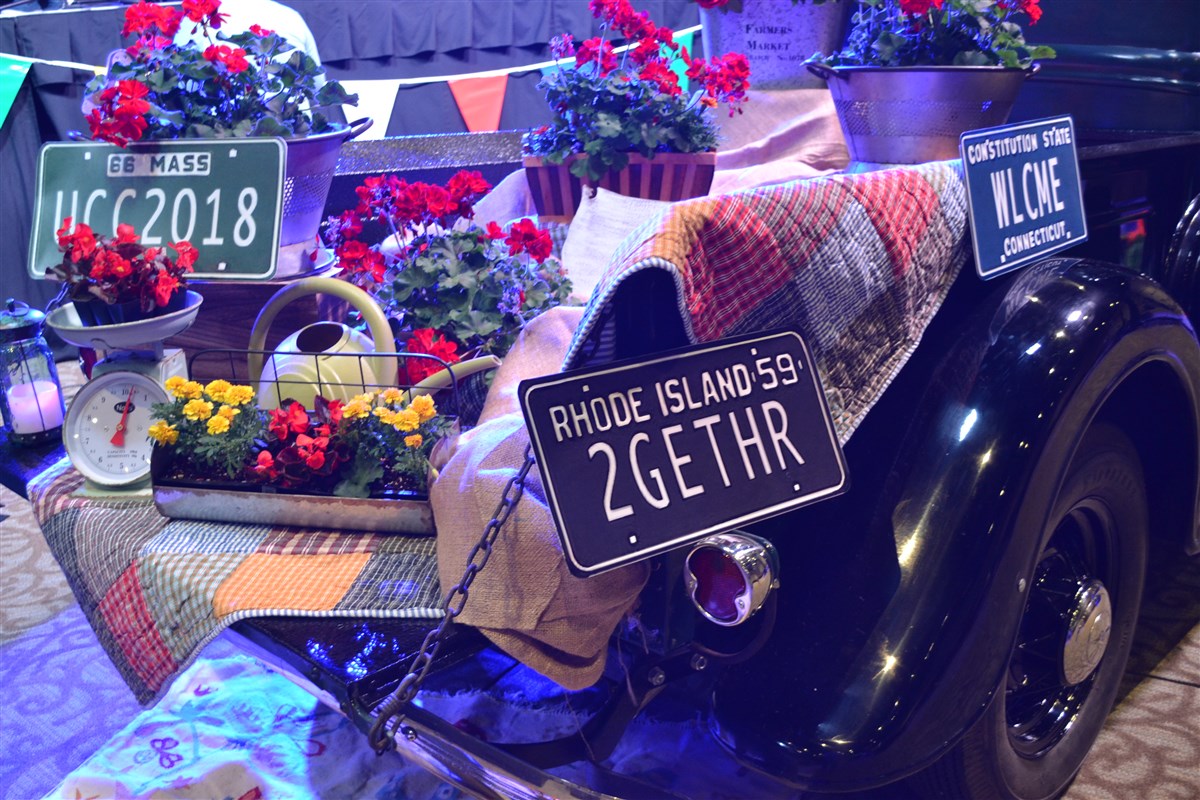 The Power of the Unseen: A “Report” from TA1 Sometimes we struggle to hope that goodness can exist, that love will overcome the rest of it. Loose ends and tasks of peace are threatened by cynicism: why bother? what can my contribution accomplish? As a recently retired pastor in the United Church of Christ I struggle. What is my relevance?

But the call to the UCC State Conference Annual Meeting arrived and I accepted, signing up in a moment of “well, why not?” Then in consultation with Rev. Wendy I learned that our little UCC Sanctuary could use a voting delegate, so now I was in for two reasons. In mid-June I drove out to Springfield to the Mass Mutual Center, a large venue in which three Conferences joined together in what is affectionately being dubbed, “Together, As One (TA1)”— Connecticut, Massachusetts and Rhode Island. For 48 hours we joined in larger and smaller meeting rooms, worshiped in a much larger hall, and with voting cards in hand upheld the basic democratic processes of our denomination in plenary sessions. I set off with a very low bar in my expectation, but discovered that there is something more to be enjoyed and taken way, added to, hoped.

Was it the worship on Friday night? With storyteller Valerie Tutson and a really outstanding band raising spirits, with a sister preaching it, bringing together vision and grace. We were honored to welcome — from the National setting of UCC the Acting Executive Minister for Justice and Witness — the Rev. Dr. Traci Blackmon, a woman of color who shared her story with us as she gave the evening sermon with passion and fire, not unlike those prophets of Hebrew scripture. But deeper, and more fun. You had to be there (or you can check out this 10 minute overview video). Together, As One. It’s not a ‘done deal’ or finished product, but it’s underway. Having served as a settled pastor in two of these three Conferences (Branford, CT and Roslindale, MA) with formal ties going back to the early ’90s in both of these, I was expecting a somewhat predictable atmosphere: respectful of the processes of parliamentary procedure, Roberts Rules of Order — which I learned in the context of my local UCC– people in our denomination take democratic process seriously. All that was there. As were the informal times: bumping into friends and associates, sharing food with one or two, re-acquainting. But there was more…

Even beyond the raising of the delegate voting card and the Tri-State agreement on resolutions, including one to declare ourselves as an Immigrant-Welcoming Conference, there was a palpable atmosphere that seemed even more than respectful. Somehow we were delighted to see and hear difference among us. People interacted during meetings, with interest and respect. But more than that, strangers assumed the best from one another. The Networking Lunch I attempted to balance with the Haystack Awards presentation to Lakota Youth Stay (which Joy and Bruce received), enjoying with Kathy Williams and Rev. Wendy their recognition by the Conference. I made connections, of course, and was invited to add my fliers and information on Palestine-Israel to one of the Just Peace tables.

Thus I emerged tired but lifted, buoyed up. Beyond what I’ve attempted to describe, what was new, different? A sense of hello, a spirit of listening, looking with interest, smiling first– receiving the other, a demonstrable sense of openness, a very real curiosity about that other, the new, the yet unknown. Blessed. After all, the United Church of Christ is the first (and clearest) Open and Affirming of any of the denominations.

This and so much else are a part of the good news. I was a delegate again, and I recommend it to others.